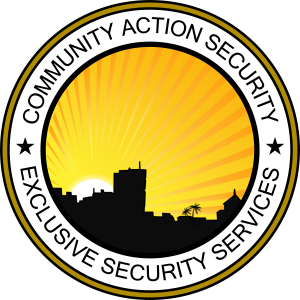 Types of Security Guards and What They Do

What is Public Security vs. Private Security?

As the name suggests, public security forces serve the general public. They maintain safety within the community and pledge to protect and serve. From the humble neighborhood police officer to the advanced tacticians of the FBI and CIA, these are all examples of public security in action.

But what is private security? Private security agencies typically only have the power to defend a client’s property or person. They do not serve the general public. Furthermore, they have fewer powers than public security officers when it comes to detaining suspects and using force.

It is not uncommon for security agency services to hire former military or public security personnel to help them provide their services to individuals and corporations.

What are the Different Types of Public Security?

Among the most common types of security guards, public security personnel are the ones the average person sees every day. Public security forces keep the peace, defend the public, and ensure communities stay safe.

Public security forces often have broader security objectives. These personnel are hired and paid for directly by the local, state, and Federal governments.

The police are a perfect example of public security forces. Ranging from neighborhood patrolmen to SWAT teams, the police protect individuals, businesses, and broader communities. Due to the differences in powers, the police often support different types of security guards.

The military is another example of a public-facing type of security guard. The National Guard and the regular military play a role in defending critical defensive infrastructure that protects the country from domestic and foreign threats. Unlike the police and law enforcement divisions, the military has little to do with providing security and protection in day-to-day life.

What are the Different Types of Private Security?

Although armed security guards may appear intimidating, it is prohibited for them to discharge a firearm without an appropriate reason. Armed security guards mostly comprise former police officers and military personnel. Training and certification requirements vary by state and municipality.

Bodyguards protect prominent individuals, such as politicians, celebrities, and business CEOs. Depending on the perceived threat level, the bodyguard may or may not be armed. The remit of the personal bodyguard is to protect their client from physical harm and will accompany them as they go about their business.

Bodyguards go further than providing close protection or jumping in front of bullets. They offer a complete overview of security and devise strategies to identify threats and limit the risk to their clients.

Some private security agencies hired to protect entire communities require a vehicle to cover a large area. Neighborhood watches may engage mobile security patrols to deter criminals and challenge unknown persons in the area. Mobile security patrols may or may not be armed and continually drive around a designated area searching for threats.

The private security industry trains talented individuals to set up, monitor, and take action using state-of-the-art video surveillance systems to monitor unlawful activities. These operators may watch over a set of homes in a neighborhood or a business and often support public security divisions in identifying suspects.

A state or municipality may direct off-duty police to manage a private event. Their duties typically revolve around maintaining traffic flow and access control. These private guards possess all the same powers as public security guards because they have been officially sworn in.

While operating off-duty, these police officers do not wear a uniform and may be found at events and venues like:

While some private businesses may request off-duty police to provide protection, it is entirely up to the local authorities as to whether the event warrants such an approach to security.

Typically, you cannot simply approach a company and ask them to provide you with an off-duty police officer. To get a request approved usually requires the presence of an off-duty officer to be in the public interest.

Construction sites are juicy targets for criminals — both inside and outside. Development projects and construction work involve machinery that can cost millions of dollars. Even individual parts may be worth thousands.

Theft of construction equipment and tools costs millions every year. Construction security guards help deter theft of machinery and vandalism by providing a constant presence on the site and around it. Trained security personnel are equipped to challenge and secure the site during and outside business hours.

Concierge security services help guests and staff to feel safe. Hotels are prime targets for theft due to high net-worth tourists and business travelers. Hotel security guards provide not just an illusion of security but also have the power to challenge unknown entrants. It helps to prevent outsiders from entering the hotel without a reservation.

Furthermore, they are equipped to respond to disturbances within the rooms themselves. Trained security guards also take a proactive approach to security by spotting the early signs of a potential disturbance.

Burglar alarms alert homeowners to trespassers on their property. A neighborhood may employ private security guards to provide constant monitoring and intervention. These security guards are stationed in a booth and monitor individual alarms and security cameras for suspicious activity.

If something triggers a property’s alarm, they are trained to respond and provide intervention. Not only do these private security guards inform local law enforcement, but they will also attend the scene to detain the suspect until members of a local law enforcement branch arrive to make an arrest. Neighborhoods with private security forces offering alarm monitoring and intervention services are significantly less likely to experience crime.

Finally, security consultants work with communities and large businesses to conduct security audits and provide tailored security advice. Security consultants may operate independently of broader private security companies or come as part of a package when opting for an outsourced security service. Consultants possess long track records in the security industry and take a strategic approach to patch vulnerabilities and help the general public prepare for future threats.

Public Security vs. Private Security: What Powers Do They Have?

Private entities can control access to a property, but they cannot prevent a public security member from making a lawful arrest on their property. The term “lawful” is important because it includes arrests made in good faith.

For example, a local law enforcement officer can make an arrest on private property if a suspect is in the process of committing an unlawful activity. However, they can also make an arrest in good faith, such as if they believe a suspect has an outstanding warrant.

If a private security guard detains someone because they committed a crime, they cannot make an arrest or investigate the majority of crimes. When detaining someone, they are making what’s known as a citizen’s arrest. Private security agents must call a public security member, such as the local police force, to make a full arrest.

The exception is if a business hires an off-duty police officer. An officer that has been sworn in can always make an arrest, regardless of whether they are on active duty.

Typically, the use of force only extends to their jurisdiction. For example, if they eject someone from a retail store, they cannot chase them down the street. The same restriction does not apply to public security.

Private security has limited power to search members of the public, even if they suspect that they have stolen property on their person. Searches may only be carried out with the express permission of the citizen in question. The restrictions on search powers relate to the U.S. Constitution and the individual’s rights. Only public law enforcement may conduct a search without the person’s consent.

There are some exceptions to this rule. If a private security agent believes the person holds an offensive weapon, they may perform a citizen’s arrest to disarm them. They may also conduct employees’ searches if the company’s contract states that employees are liable to be searched.

If a search is deemed necessary, the suspect may be detained, and the police are called to carry out the search.

The shadow of crime is a long one. Don’t risk becoming another statistic. Whether protecting your home, business, or a commercial event, enlist the experienced, trained personnel of Community Action Security to give you peace of mind.

Hiring your own security guard services is an affordable investment that repays itself many times over. Not only does private security prevent theft and vandalism, you and your team receive peace of mind knowing that you are always protected.

Contact us now to get a quick quote and learn more about the types of private security we provide.